Can I trap and relocate problem beavers? in New Jersey | Beaver

Can I trap and relocate problem beavers? 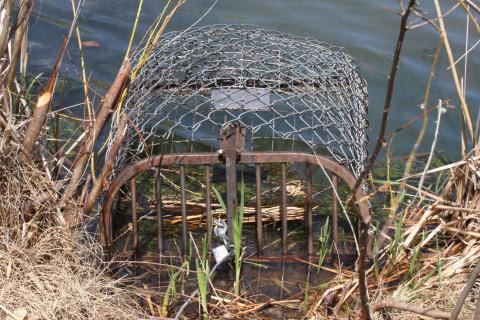 Live trap for removal of Beaver

The live trapping and translocation of beaver is generally not recommended and illegal in many states. Relocated beavers rarely stay in the area they are released and could cause problems in other areas. Survival of relocated beavers is often low, since they are unfamiliar with food resources and the best habitats are already occupied by other beavers who defend their territories. Lastly, moving beaver in the fall, affects their ability to develop an adequate food cache for the winter, potentially resulting in starvation.

Therefore, live trapping and translocation is generally a poor solution for resolving human-beaver conflicts.. Live traps suitable for capturing beavers are expensive, cumbersome to use, and require professional expertise. In most states, any trap used is required to be checked daily.