How to deal with aggressive wild turkeys 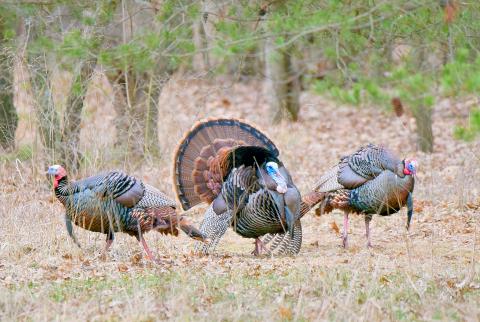 Wild turkeys that become used to being fed and seeing people are likely to become aggressive toward people. These turkeys react to people (and sometimes pets) as they would a rival turkey. The best way to prevent turkeys from becoming too accustomed to humans is to not feed them.

You can frighten bold turkeys out of your yard by:

Be bold with the offending turkeys and encourage other adults in your neighborhood to do the same.

Turkeys that repeatedly challenge or attack people or threaten public safety should be reported to the state wildlife agency for possible removal and destruction. Capturing, moving, and releasing turkeys displaying this type of behavior often simply transfers the problem to another property owner.