How to deal with problem River Otter in Delaware 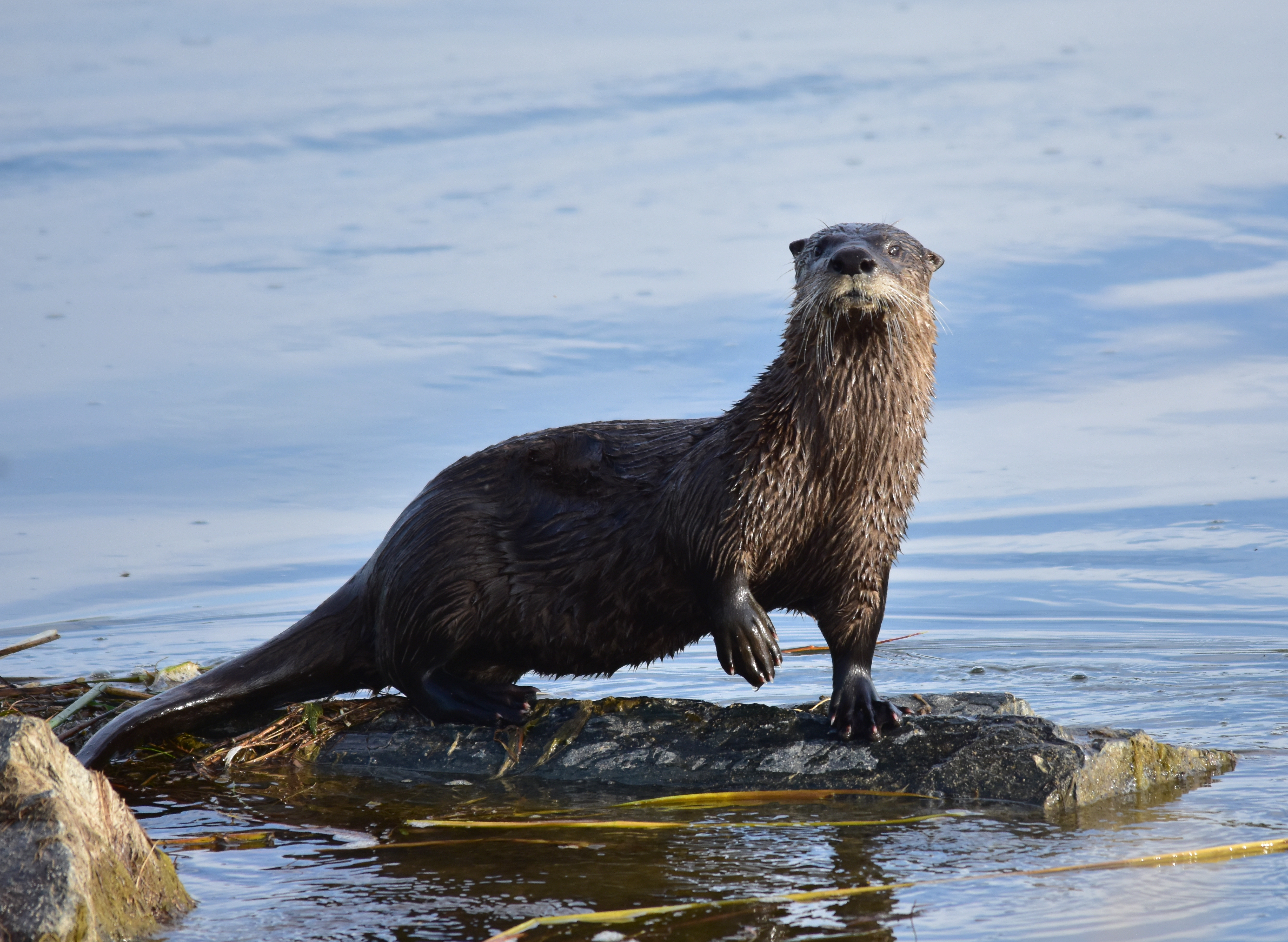 The river otter is the best swimmer of the weasel, or Mustelidae, family. Like all members of the weasel family, the river otter has a long, slender, streamlined body shape and short legs.  It has webbed toes and a thick powerful tail that aids in swimming.  Its dense fur is rich in natural oils that waterproof the coat and add insulation. The coat is dark velvety brown in color with a lighter underside and covers the otter from head to tail.  They are excellent swimmers and divers and commonly slide into the water along riverbanks. They also commonly slide on top of the snow/ice as a means of transportation, taking a couple of hops and then sliding, hopping again and sliding, leaving tracks that look like morse code.

The river otter is at home in wetlands, streams, rivers, ponds, and lakes and is well adapted for its aquatic lifestyle where it feeds and plays. It is a remarkable animal to watch on the move, either in the water or on the shore. The river otter is primarily nocturnal, most active from sunset to sunrise, but can be active at any time throughout the day. River otters have large home ranges encompassing many miles of streams, ponds, lakes, or wetlands.  When not rearing young, otters can move considerable distances each day or so and it may take them weeks to return to the same spot.

Regardless of its seemingly playful nature, the river otter is still a carnivore that feeds on other animals. The preferred food item of the river otter is fish, but frogs, crayfish, snakes, turtles, birds, small mammals, and mussels are also important particularly in summer.  Otter will prey on just about anything it can catch in the water or on a nearby shore.

River otters are often blamed for preying on wild game fish, particularly trout. Nevertheless, studies indicate that the bulk of the river otter’s diet consists of non-game fish species like carp and suckers, which are slower swimmers and easier to catch.  However, river otters—particularly families containing young pups in spring—occasionally cause severe problems in fish hatcheries and private ponds. Otters also den under houses, decks, and other structures near water, and the smell of their droppings and discarded food remains can be unpleasant.