Should I be concerned if I hear coyotes howling, yipping or barking? in New Jersey | Coyote

New Jersey > Animal is behaving strangely and it's not afraid > Coyote

Should I be concerned if I hear coyotes howling, yipping or barking? 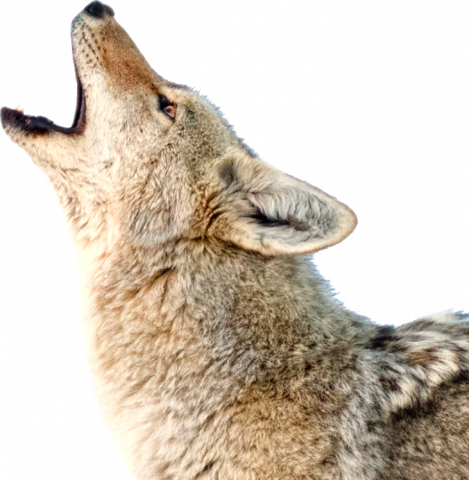 Should you be concerned about a pack of coyotes howling and yipping? Generally, there is nothing to worry about when you hear coyotes calling. You probably imagine that there are far more coyotes in the group than there actually are.

The sound of coyotes howling and yipping at night sometimes causes people concern and alarm. Some mistakenly believe howling indicates that a group of coyotes has made a kill. While coyotes howl for a variety of reasons, it is not likely because they have downed prey. Doing so would draw attention and might attract competing coyotes or other predators to their location, which is not something a hungry coyote would want to do. Coyotes howl and yip primarily to communicate with each other and establish territory. They may bark when they are defending a den or a kill.

People typically overestimate the number of coyotes they hear. Researchers with the Caesar Kieberg Wildlife Research Institute at Texas A&M University played recordings of 1-4 coyotes howling and yip-yapping and asked people to estimate how many individuals they thought they heard. Listeners consistently overestimated the number of coyotes by nearly two-fold*. Group size in most areas is five to six adults in addition to pups born that year. Groups in urban areas tend to be smaller.

Generally, there is nothing to be concerned about when you hear coyotes calling. If the animals are not showing any aggressive behavior toward humans or pets, just listen and enjoy the wild canine song.