How to deal with problem Opossum in Maryland 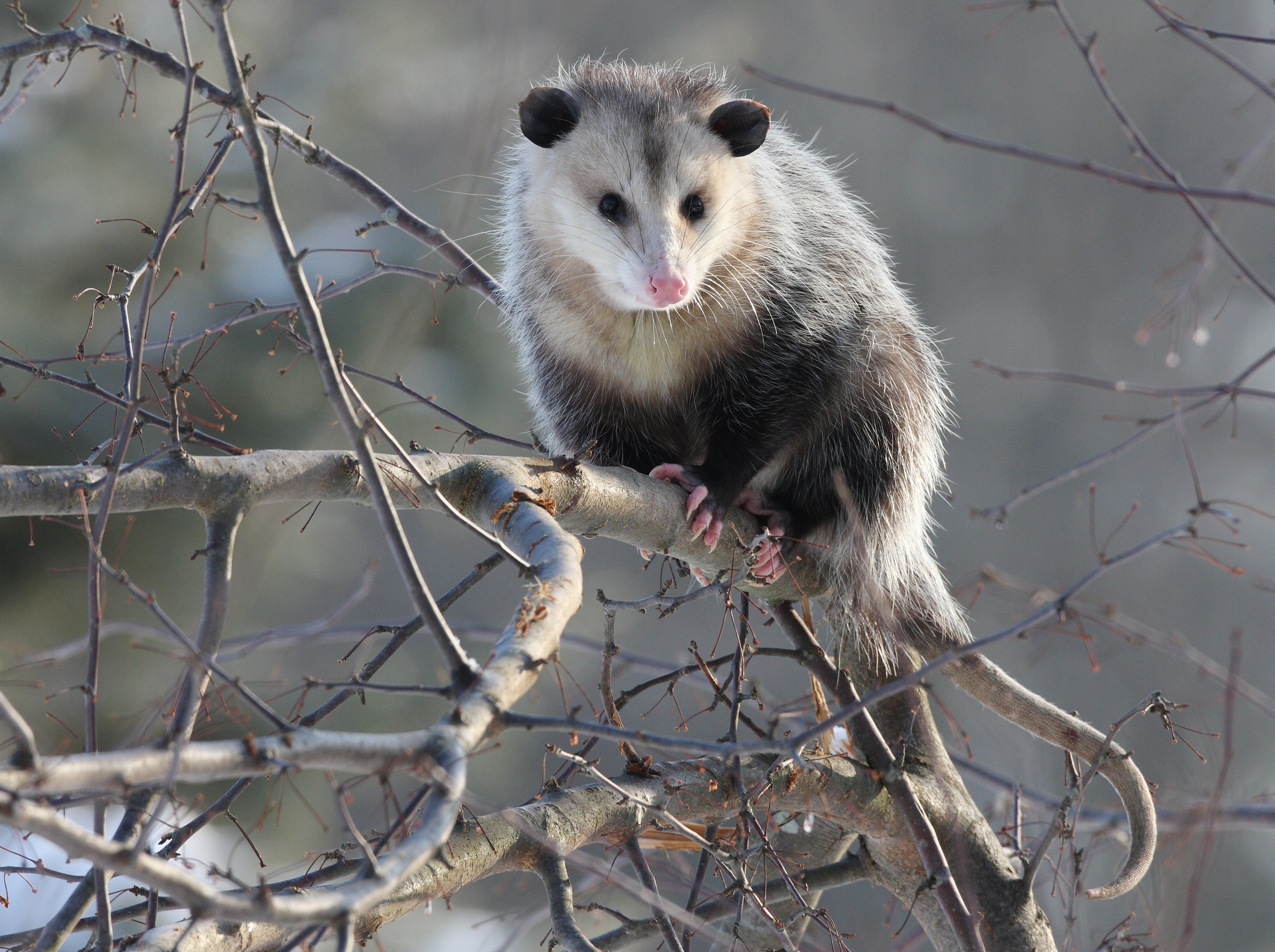 The only native marsupial (mammals with pouches) in North America, opossums are the size of a large house cat. Their fur ranges in color from snow white to jet black, and their tail is nearly hairless and rat-like. They tend to be solitary and nomadic and are primarily nocturnal in activity. When threatened, they bare their teeth, hiss, and/or “play dead.”

They range from Canada to Costa Rica and from the east coast to the great plains, and along the western coast of the United States. They live in a wide range of habitats from woods to brush to open fields, but prefer wet areas near streams and swamps. Opossums are opportunistic feeders and will eat just about anything, such as small animals, plants, worms, amphibians, fruits, vegetables, carrion, and garbage.

Opossums breed 1-2 times per year, producing litters averaging around eight young from late winter through spring and summer. Consider the breeding season when dealing with wildlife in defense of property.

An opossum in your yard should not be a problem, as they are not aggressive or destructive and do not attack or threaten pets or dig burrows. They are beneficial to humans because they feed on many types of insects, like crickets and beetles, as well as on mice and voles. Opossums may get into garbage or pet food left outside and will sometimes raid poultry houses to eat eggs or kill chickens. They will also get into gardens to feed on fruits and vegetables .